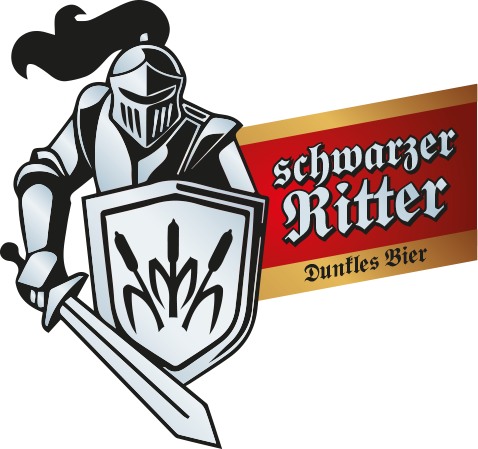 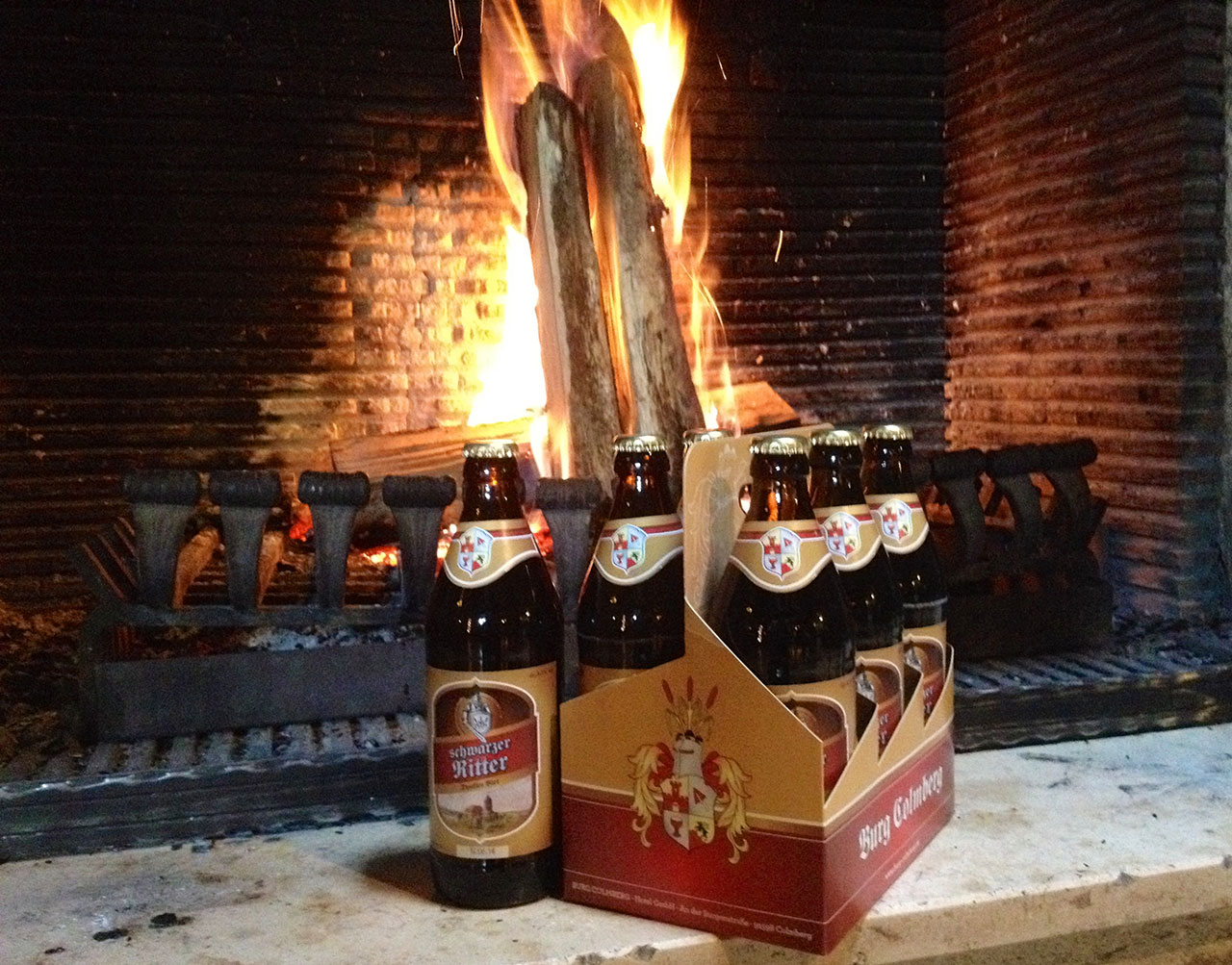 Colmberg Castle’s dark “Schwarzer Ritter” is distinguished by its malty aroma and rich taste. It tastes its best at a temperature of around eight degrees centigrade. Our female guests also especially enjoy the taste of this beer.

At the beginning of the 20th Century, predominantly dark beer was drunk in Germany. As light beers became more widespread, the dark beers became regional specialties.

The alcohol content of the “Schwarzer Ritter is around 5.5 per cent vol. Old, traditional formulae and the high amount of knowledge of Franconian beer manufacturing are the basis of the brewing process. 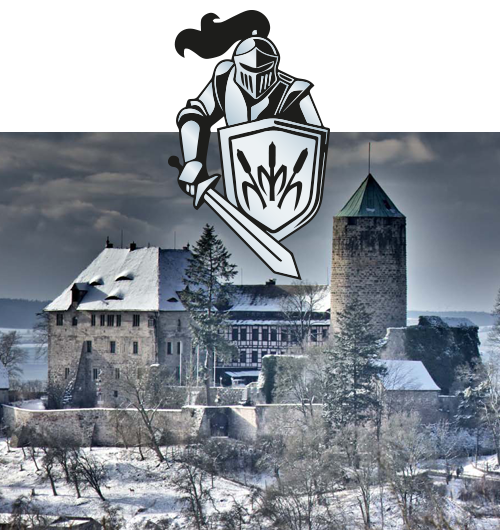 The Black Knight of Colmberg Castle

Legend has it that a knight called Wolfram von Colmberg went with ten of his followers into one of the countless battles of the Middle Ages. They were betrayed and ambushed and all were killed except Wolfram. Wounded in body and soul, he returned to Colmberg Castle as the only survivor. There he discovered that his wife had betrayed him and left him for his worst enemy. Wolfram, whose name means wolf and raven, cloaked himself from then onward only in black and, when he appeared in public, it was always in black armour. Soon the whole country knew of the Black Knight, who swore revenge. Wolfram, though, felt differently. He retreated more and more into his solitude and occupied himself with the studies of alchemy. In his melancholy, he invented the dark beer. Wolfram really wanted to drown his sorrows with this very special juice of the barley, but he soon noticed that the dark beer made him visibly more cheerful and happy.

The knight gladly took part in life again and soon one could hear music and laughter from the castle down in the village. Each time he appeared in public, he had one more silver stripe on his black armour.

“Schwarzer Ritter” which, as legend has it, was invented by Knight Wolfram von Colmberg.