Lords of the Castle since 1964 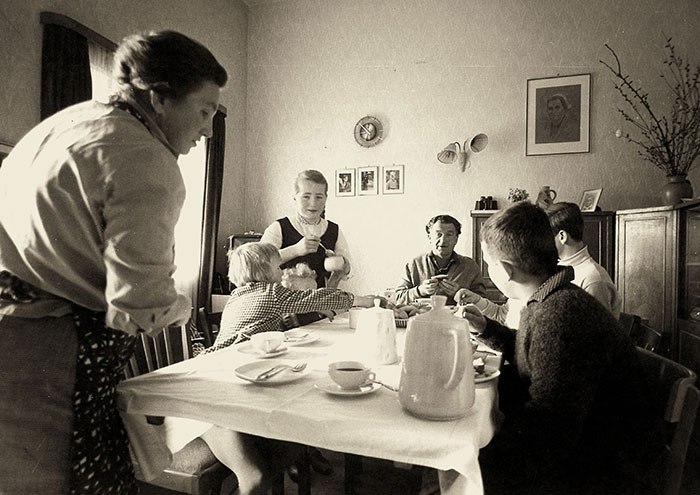 On 1 October 1964, Hans Unbehauen became the Lord of Colmberg Castle at the age of 46. He gave his wife, Frieda, and his 7 children a home there.

It was clear to the previous owner, Dr Arthur Voretzsch, the former Imperial Consul in Japan, that only an experienced craftsman such as the master mason Unbehauen would be capable of the enormous maintenance effort required in the huge Castle complex.

With, from today’s perspective, unbelievable effort, he opened his “Burgstuben” pub on 1 May 1969 – the hotel was soon to follow. 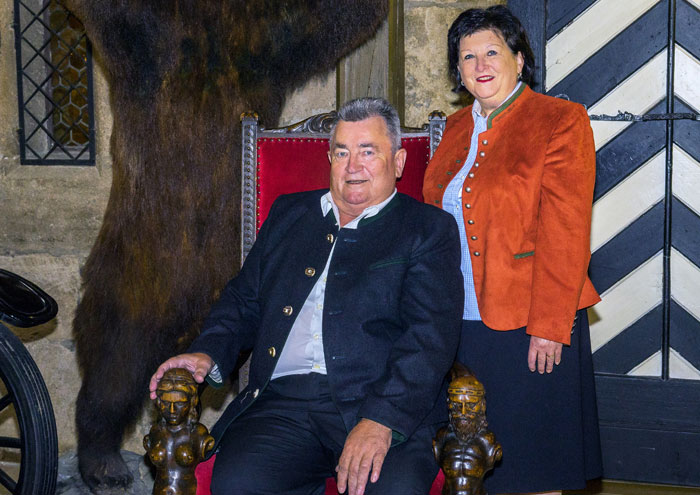 In 1981, Otto and Helga Unbehauen took over the running of Colmberg Castle, which became home to them and their children.

Helga Unbehauen perfected the running of the hotel and gastronomy, while her husband devoted himself not only to cooking for his guests, he also concerned himself with the ever present construction measures which were necessary.

Among the large-scale projects which were completed under his aegis are the innovative combined heat and power unit, the extension of the rooms, restaurant, kitchen, reception, Burgstuben, hall, courtyard and well. The external facilities were also renewed and the conservatory built. 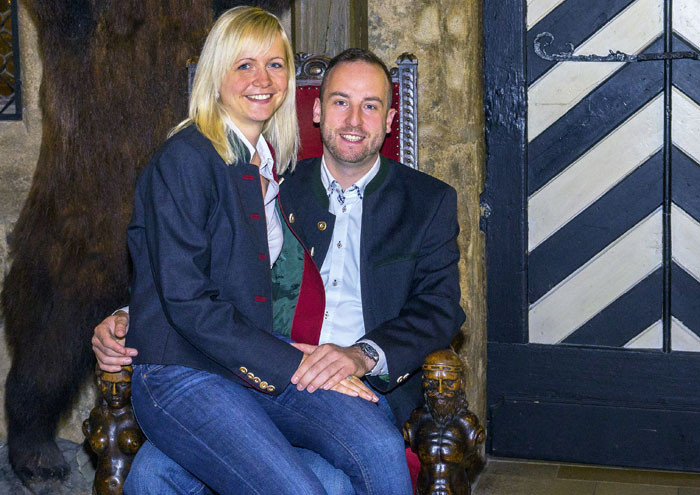 Christian Unbehauen, as the future guardian of the castle and its history, runs the Hotel Restaurant Burg Colmberg with passion and devotion.

It is his desire to allow the guests to feel and experience this history first hand. Christian Unbehauen is extremely well trained as master hotelier, hotel manager and chef, and is thus able to provide his guests with an enjoyable time in his ruggedly romantic castle.

With his wife Lisa at his side as hotel manageress, the future of Colmberg Castle is in very capable hands.

The Coat of Arms of the Unbehauen Family!

The imagery of the Coat of Arms shows the castle, the game reserve, the family origins in masonry and their allegiance to gastronomy, represented by the wine goblet. The knight’s helmet represents the castle’s history as a knight’s castle and the corn-cobs on the helmet symbolise the affiliation to Colmberg. 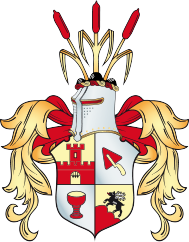